Dogwoods #1, Yosemite.
Dogwoods along the Merced River taken in the Spring of 2007 during a two day excursion to the Yosemite Valley. I'd been wanting to photograph the dogwoods in Yosemite for years and this was my first attempt to time the blossoms. We lucked into a an amazing display and one which I have not seen since. The black and white version of this image takes its inspiration from Ansel Adam's famous dogwood blossoms photograph he made in 1938. 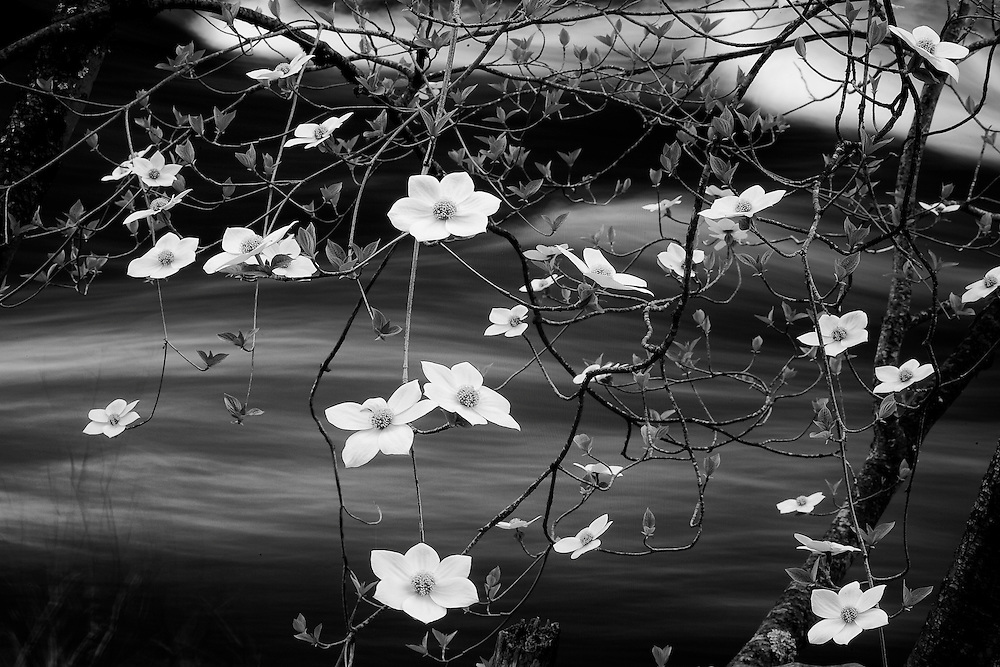